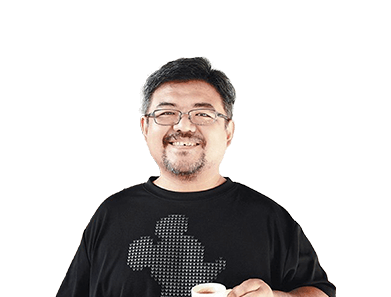 In 2013, Mr. Chih-Huang Chen, founder of Fika Fika Café fought his way to Northern Europe and competed in the 2013 Nordic Roaster competition, taking home a double prize (Espresso and cross division champion). It was also the first time since the competition was established 10 years ago that a person who came from a non-Northern European country to win the championship, and it was also the year when Fika Fika Café was founded.

Because of the fact mentioned above, many people refer to Fika Fika’s coffee as the “Champion’s Coffee”. Chen’s roasting stood out and was considered the 1st place. Fika Fika Café he opened in Taipei has also attracted numerous visitors since then.

Winning the championship made Chen’s name, but before that he had been a “coffee roasting nerd” for ten years.

It may be unexpected for Chen to enter the coffee business, but he decided to give up on photography that he had been learning long time ago.

Ever since Chen was a student, a cup of coffee in the morning is like a daily ritual for him, and it was also the moment to spend some quality time with his mother who had been often occupied with work.

When Chen was still going out with Maggie, his classmate sweetheart, they usually spent their time at a café.

But frequently going to cafes eventually led their parents to think it was a waste of money, so they wanted to learn how to make coffee for themselves.

“Making coffee is easy to learn but very difficult to master. Like culinary, you can feed yourself well, but if you seek to master it, you have to spend a lifetime of hard work and dedication.”

In the beginning, they bought raw coffee beans just for trying and opened an online forum to share information with other roasters.

Afterwards, Chen saw the opportunity and borrowed 400 thousand NT dollars from his family to start a business. He established a trading company in 2000. From learning to create a website to selling raw coffee beans online, he also started to guide other coffee lovers on how to roast their own coffee beans at home.

Chen posted all his researches and experiences on the internet, while also teaching people how to use their pans, milk cans or popcorn machine to roast coffee beans. Chen was totally not selfish, and it is very rare among Chinese people. Chen did not give up on his path of coffee, instead, he had an in-depth interview with David Schomer, the “Italian Coffee” godfather in the US after closing his online forum.

“Roast for your favorite flavor and seek for the ones who also love it.”
It’s just simply to be yourself.

The roasting technique that helped Chen win the Nordic Roaster competition has already been modified over and over, and he created the “Sunshine Roasting” coffee last year, which can bring people hearty, bright and warm feelings when drinking as if the sunshine hits all over their bodies.

After creating the new way of roasting, Chen found that his roasting techniques are improved more slowly than before, but it didn’t stop him.

Not until now do we realize that his expectations for coffee have grown from a simple act of coffee bean roasting to the journey of getting inspired by gourmet food.